The passing of Servicemen and women will be commemorated here in order to show they are not forgotten by a grateful Nation.

We mourn the passing of Lou Magid, US Army veteran.

After graduating from James Monroe High School and CCNY School of Engineering, Lou went on to serve in the US Army, active reserves, and inactive reserves. He was employed by the New York City Housing Authority for many years before helping to build the PanAm building in Manhattan. In 1966, he became an airport engineer with the FAA in Miami, Florida. Lou then became an instructor at the Mike Monroney Aeronautical Center in Oklahoma City, in addition to teaching in Alaska and Hawaii on behalf of the FAA. 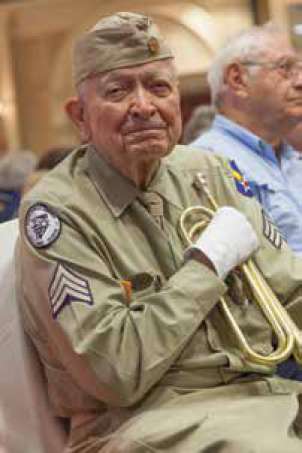 With heavy hearts and our deepest sorrow, we need to inform you that our good friend and brother, Bob McDonald, a WWII Army Air Corps veteran, has passed away on the 4th of May, 2019.  Bob has been the official ‘Bugler’ for the Council from the start.  We would like to ask you to take a moment of silence to reflect on and remember Bob’s kind spirit and the sincere respect he has shown our local community and our Country. Bob will be greatly missed.  We will announce details regarding the memorial service as we hear more from his family. 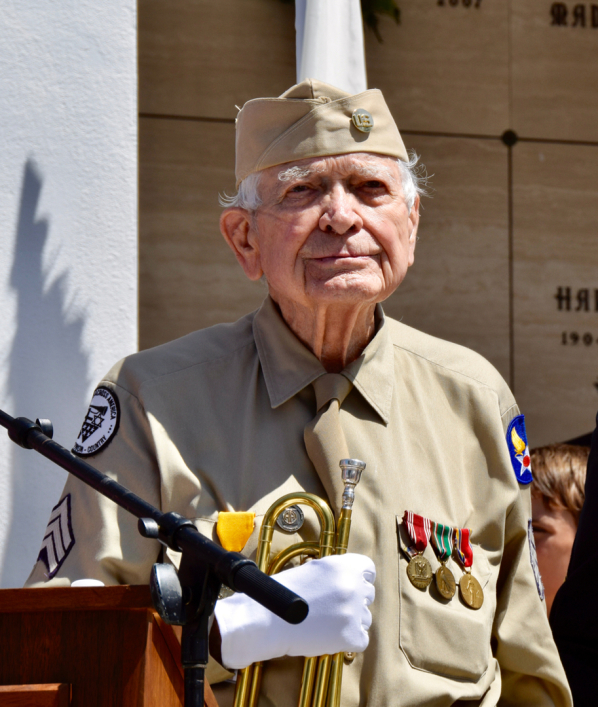 22, of Taunton, MA; assigned to the 1st battalion, 87th Infantry Regiment, 1st Brigage Combat Team, 10th Mountain Division (Light Infantry), Fort Drum, N.Y.; died June 4 2008 in Tikrit, Iraq, of wounds sustained in Shargat, Iraq, when his unit was attacked by enemy forces using small-arms fire and hand grenades.  Also killed were Spc. Jonathan D.A. Emard and Sgt. Cody R. Legg. Duffy was KIA 2 weeks after he returned from a mid-tour leave.  During that leave, Duffy met his daughter for the first time.  They spent only 28 days together.  Shane Duffy's family was presented a Bronze Star and Purple Heart for his actions in Iraq 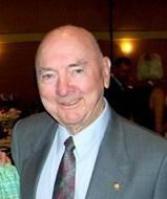 Earl G Hodges, (fondly regarded as "Lover" by Thelma), 86, a resident of Naples and Collier County for 57 years, died at home on Friday, October 18, 2013 due to complications of pulmonary fibrosis.  He was born in Livingston, TN on August 27. 1927, son of Willa Mae and Arlice Hodges and his step mother, Myrtle Hodges.  Earl is survived by his devoted wife Thelma "Chicken" of 55 years and his sister, Virginia Kind Hunter of Cookeville, TN.  Also surviving are many nieces and nephews including his grand nephew and associate of 13 years, Leslie King, III and Thelma's niece Emmy Quinby, both of Naples.  He had many special friends in his life including Zora, Tomas, Carol, Patty, Tim and Todd.  He is preceded in death by his parents, a brother, A. Houston Hodges of Manchester, TN and his aunt and uncle, Christine and Clarence Hodges of Naples.  He was a Veteran of World War II, joining the Merchant Marines at the age of 17.  He served in the Grave Registration during the Korean War.  Earl was a graduate of Gupton Jones School of Mortuary Science.  He became a Licensed Funeral Director in the State of Tennessee and Florida where he opened Earl G. Hodges Funeral Chapel in August, 1962.  He was also the owner of Naples Memorial Gardens and Mausoleum for several years.  Due to his generous contribution to International College in 2007, the college was renamed Hodges University.  He was an avid hunter and enjoyed the outdoors.  Earl was a proud Mason, Shriner and Rotarian.  He also loved traveling within the USA and around the world. 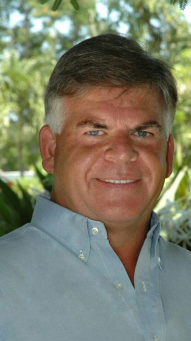 James H. Elson, U. S. Army (Ret.) "Jimbo"/ "Jim," of Naples, FL, born January 7, 1949, formerly of Concord, MA, passed away unexpectedly on September 28, 2016. Jim attended and graduated Norwich University of Northfield, VT, the first private military college in the United States. He was then commissioned by the President of the United States as an Officer in the United States Army. Jim was honorably discharged as Captain after six years of service, three of which he served in Europe.

Jim was an integral part of many veterans organizations over the past 17 years, including his service as President of the Reserve Officers Association, Naples Chapter and the Board of Directors of the Military Officers Association, SW Florida Chapter. He also served as President of the Collier County Veterans Council and was heavily involved in making the Memorial and Veterans Day ceremonies a continued success. Jim was an icon in the Naples community for his continued support of veterans and their families.

In 1975, Jim began his career in Pittsburgh, PA where he joined Howard Hanna in 1981 as Director of Relocation and in 1987, relocated to Naples as regional Vice President where he opened the Naples office. He grew the staff from 5 agents to over 125. After John R. Wood merged with the Naples operation in 1993, Jim went back into sales becoming a very successful agent with emphasis in the Old Naples area. He contributed many great ideas over the years as agent for John R. Wood, eventually becoming a proud member of the John R. Wood Hall of Fame. He was loved by many and always provided a top notch level of customer service.

Jim was reunited in Heaven with his parents and brother.

Those who will miss him most include his long-time companion Andrea, granddaughter Sophia Kulon, step-children Lindsay, Wayne and Francine. 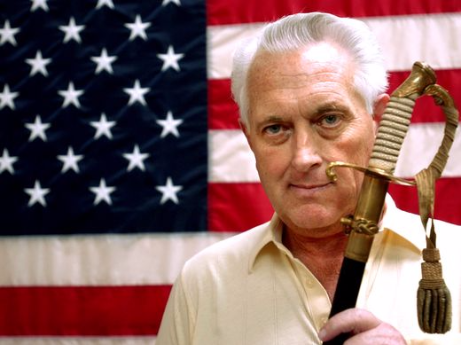 Everyone who knew Homer Helter agreed he was the embodiment of patriotism.

While he did not serve in the armed forces, he loved veterans and dedicated years to serving them.

His namesake military collectibles and antique store gave them a place to gather and exchange war stories, talk politics and enjoy a meal together.

He worked with volunteers to send more than 70 tons of supplies to active service members overseas since 2003.

He gave them wheelchairs and planned their funerals.

On Sunday afternoon Helter died after suffering two strokes — one on Tuesday and the other on Sunday.

After suffering the second stroke, Helter turned his eyes toward his wife, Diana, who was on the right side of his hospital bed, and mouthed his final words: “I love you.”

“That’s a memory I’m going to always hold dear,” said the Rev. Donald Treglown, a close friend of Helter’s and senior pastor of Faith Lutheran Church in Naples. Treglown was on the left side of Helter’s hospital bed when he died.

“Even in death, he was thinking of the people he loved,” Treglown said.

Helter left Treglown an envelope with instructions for the Hannukah and Christmas deliveries so someone could continue the tradition in case anything happened.

Helter helped the pastor by visiting people in the hospital.

“I think he had the most generous heart I’ve ever seen in a person,” Treglown said.

The story goes that Helter wanted to serve in the military but couldn’t because married men were not drafted. So he joked that being married to his high school sweetheart was his service, said Lois Bolin, a local historian and friend of Helter’s.

“He never met anyone he didn’t like, unless they tested his trust or did something against veterans,” Bolin said.

Helter was born in West Virginia and grew up in Ohio, Treglown said. He retired in 1989 as vice president of Pennsylvania-based Big Wheel Discount Stores and retired to Naples some time after.

An antiques dealer since 1998, Helter curated one of the largest collections of military memorabilia and opened Homer Helter’s Antique & Military Mall on Pine Ridge Road and Shirley Street.

In 2013, Helter and one of his store’s vendors were acquitted of federal charges that alleged they had sold firearms without a license.

The store has become a popular hangout for Southwest Florida veterans of all conflicts and military branches.

Veterans gather around “The Table” every day to watch the news, talk politics, drink coffee and eat a meal or pastry. They call the store God’s waiting room.

Helter always made sure his veterans were fed.

Robert McDonald, a World War II Army Air Corps veteran, has visited the antiques store for several years as often as every other day.

“He ran a fine operation for veterans,” McDonald said. “He always had food and coffee for us. He would do anything for a veteran. He was a generous person and a great patriot. From the minute he opened the store to the minute he closed, he took care of his veterans.”

McDonald recalled that last year, a veteran friend of Helter’s died and his family did not tend to the funeral. Helter organized the funeral services, and about 110 veterans from the antique store packed the chapel in the Moorings Park community.

McDonald, 93, played the bugle to wake the soldiers during his training in 1943.

He wishes to play the bugle at the funeral service for his friend, Helter.

“It would be a great honor,” McDonald said.

Funeral plans have not been announced. 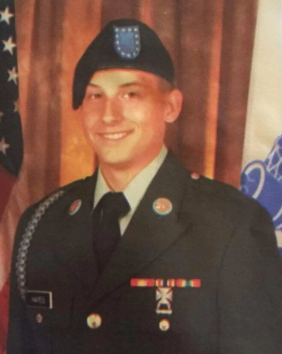 Please know that you and your family do not mourn alone. All the veterans, active duty personnel, and the Collier County Veterans Council are with you, praying for you. Viet Nam, Iraq, and the Afghan war have taught us a valuable lesson! Not all people who come home from war ever leave their war.

May Jesus hold you in his loving arms for all eternity. 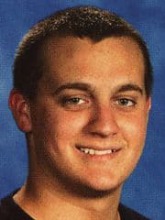 Lance Corporal Austin J. Ruiz, 19, of Naples, Florida, served as a combat engineer with 3rd Combat Assault Battalion, 3rd Marine Division, III Marine Expeditionary Force based in Okinawa, Japan. He was attached to 1st Battalion, 3rd Marine Regiment, at the time of the incident and transported via ground MEDEVAC before being declared deceased.

Where to Find Us:

CCVC Board of Directors

"Voting" Memberships are only open to members of the Board of Directors. If you do not fit in this category, please check the "Associate Member" box.
Then, mail your annual membership dues to our mailing address:

Mail the dues there. Applications may also be handed to the Treasurer before the monthly meeting.

You will be contacted once your application has been registered.  If you would like to publicly introduce yourself to the members of the Council, please contact us to have your name placed on the upcoming meeting agenda. If you have immediate business for our attention, we will add your issue to the agenda as well.

If you, or a veteran you know, may be thinking of contemplating suicide please call The Veterans Crisis Hotline at:

"In all you do, do with all your might. Things done by half measures are never done right."